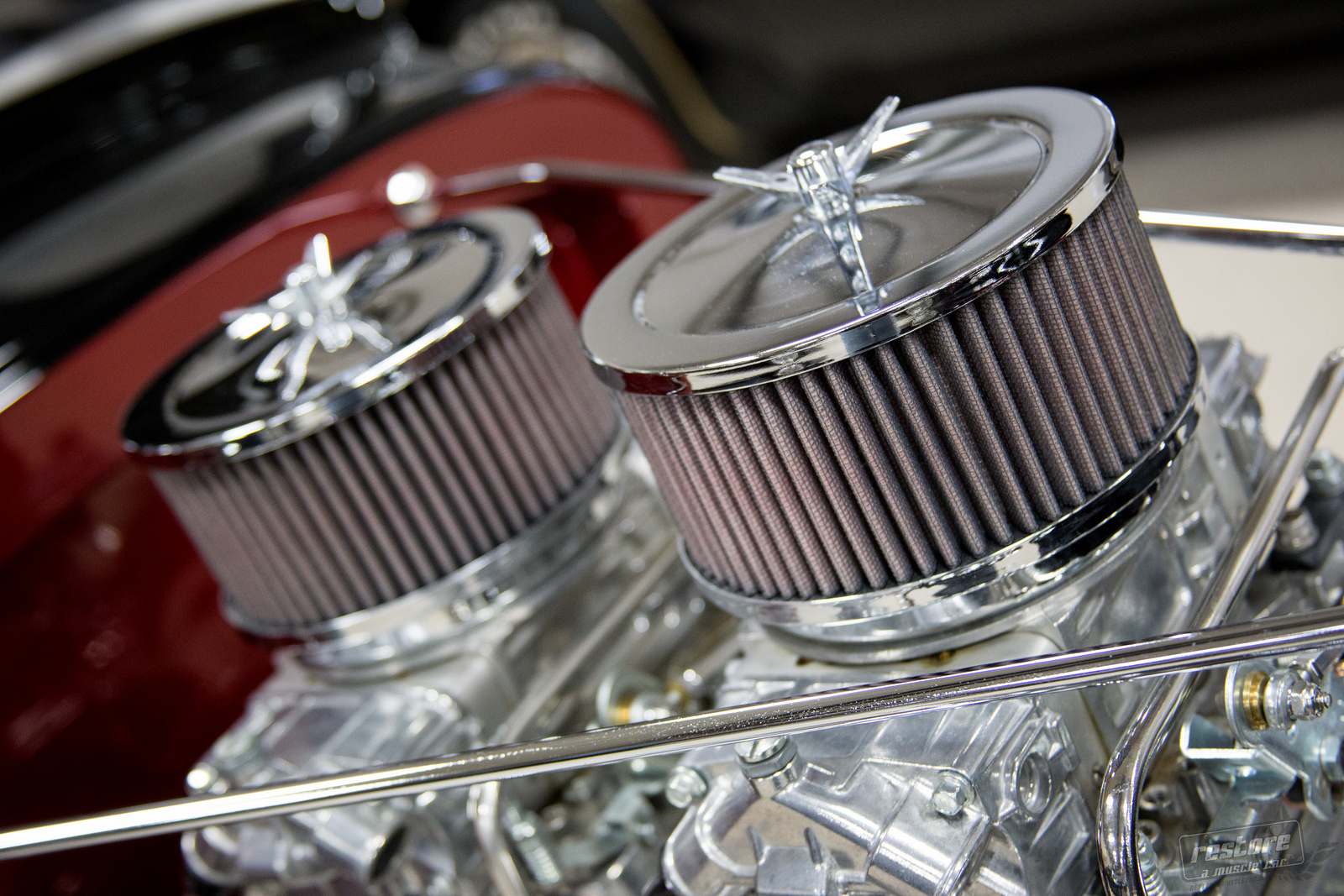 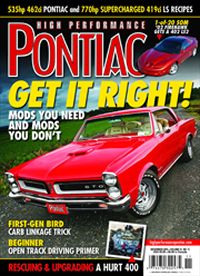 Photography By The Author

f you’re an avid fan of the ’77 cult-classic movie Smokey and the Bandit, you already know the plot. A Southern Trans- Am-driving cowboy, played by Burt Reynolds, takes a bet to bootleg a truckload of Coors beer from Texarkana, Texas, to Atlanta, Georgia, to quench the thirsty appetite of a big-talking, big-spending tycoon, played by Pat McCormick, and his pint-size son, played by Paul Williams.

The Bandit, as Burt’s character is named, solicits the help of a renegade semi-tractor trailer owner named Snowman (played by Jerry Reed), and together the Bandit and the Snowman attempt to make it back to Atlanta, Georgia, with the trailer load of Coors to win the bet, picking up a beautiful girl along the way (Frog, played by Sally Field) and being chased by Sheriff Buford T. Justice, played by veteran Hollywood comedian-actor Jackie Gleason. In 2007, Dave Hall, owner of Restore A Muscle Car in Lincoln, Nebraska, which specializes in Bandit and other Trans Am restorations, decided to create the Bandit Run, a rolling car show of Trans Ams, Pontiacs, and other vehicles that gather in Texarkana and followed the route of the characters in the Smokey in the Bandit back to Atlanta, Georgia. With the success of the first event, Dave brought back the Bandit Run for 2008, but changed the event’s route -- 2008 Columbus, Ohio, to Atlanta; 2009, Branson, Missouri, to Atlanta; 2010, Atlanta to Orlando, Florida -- to add some variety to the event. Confident that Restore A Muscle Car’s Bandit Run could become an annual pilgrimage for Trans Am owners and their cars to go eastbound and down, or whatever direction was planned for the event, Dave planned the 2010 Bandit Run to be a beach run starting in Atlanta, Georgia, proceeding to Ocala, Florida, followed by Daytona Beach, Jupiter (home of the Burt Reynolds and Friends Museum), and finally to Orlando, Florida, and the Walt Disney World Speed World. High Performance Pontiac was invited along for the event. To fit in with the other cars, we drove an ’02 Black Trans Am WS6 convertible, which we had previously retrofitted with a ’76 Trans Am Special Edition gold hood bird decal. We joined the event in Daytona Beach, Florida, and continued with it through Jupiter, Florida, and the Burt Reynolds and Friends Museum. Follow along and enjoy some highlights from this year’s Restore A Muscle Car’s Bandit Run. After participating in the Ban One car show and the Braselton Bash, both in the Atlanta, Georgia area, the Bandit Run proceeded to Ocala, Florida, and then to Daytona Beach, where these Second-Generation T/As soaked up a bit of the famous sun and sand.

Restore A Muscle Car and the Bandit Run give special thanks to all the towns they visited along the way; the hotels that did an outstanding job of catering to the large group; Don Gartlits Museum of Drag Racing; Daytona Beach Hooters for an outstanding car show; the Walt Disney World Speedway for taking the time to get all the cars, trucks, trailers, and more around the track; Motortopia; YearOne; Performance Distributors; Classic Leds; BFIFT (the Burt Reynolds Institute for Film and Theater); all the Bandit Runners who helped out behind the scenes; all the crew at Restore A Muscle Car; and a HUGE thanks to all the devoted Bandit Runners who have made this yearly run an event that is like no other. Without all the die-hard runners coming from far and wide, the Bandit Run would not be what it is today. Thank you!

The next Bandit Run is tentatively scheduled for late April or early May 2011. According to Restore A Muscle Car, final routes have not yet been decided. For 2012, the Bandit Run will return to the original anniversary run from Texarkana, Texas, to Atlanta. For more information, visit www.thebanditrun.com or www.restoreamusclecar.com, or join the Bandit Run group to receive email notifications, through its group sites at Flickr, Facebook, and/or Twitter. .On Friday, the Bandit Run enjoyed parade laps at Walt Disney World Speedway. It looks like Sheriff Buford T. Justice is about to apprehend that “sum-of-bitch” Bandit. What’s a Bandit Run without a Bandit, Sheriff Buford T. Justice, and Snowman? For this year’s event, David Betz from St. Joseph, Missouri, came as the Sheriff; Ric Rodriguez from Sarasota, Florida, came as the Bandit; and Wayne Alderson from Buckner, Missouri, came as Snowman.Bobby Plazas, a retired New York City police officer, and his passenger Jackie came all the way from New York to join the Bandit Run, following the entire six-day route in their ’99 Black Trans Am WS6 coupe.

Afterwards, the Bandit Runners posed with their Trans Ams (and other Pontiacs) at Richard Petty’s Walt Disney World Speedway to commemorate another great year of going “east bound and down, loaded up and trucking.”