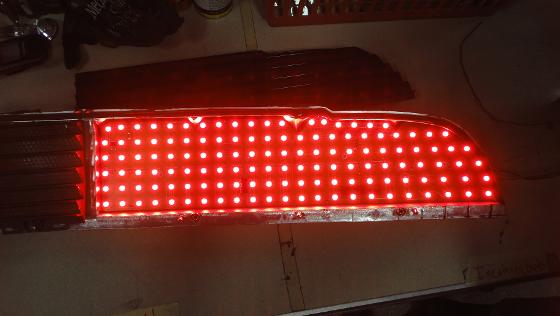 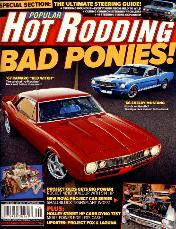 Dave Hall of Restore a Muscle Car is not the new kid on the block. You may remember his '72 Charger build featured in the Under Construction column a couple months ago. Though for years his profession wasn't within the automotive industry, the idea was always in his mind. In his early years through high school, he worked at his father's dealership where he got to see what cars were really about. He dreamed of having a cool car like a first- or second-generation Firebird, but his '84 model would have to do for the time being. He got a grown-up's job after college, and served in front of a computer monitor for years before he decided to leave it all for a new career building cars.Popular Hot Rodding 1969 Pontiac Firebird Restoration Restore a Muscle Car

The Gregory family stumbled upon Dave's shop while in town for their son's Huskers college football game last summer. They were in the market for a late '70s Firebird like the black Smokey and the Bandit car, somewhat of Dave's trademark. After checking out some of the other builds and discussing the possibilities, Jerry Gregory decided to build the car they always wanted, a '69 Firebird. They sourced the car themselves-a '69 that hadn't seen the light of day through a barnyard door since 1980.

There was a lot on the to-do list, but the objective was simple. They wanted a clean, attractive car that they could take on long drives through the states surrounding Nebraska. Being stored under a roof with no leaks for so long paid off because the car was relatively low on rust. There was some surface rust here and there, but nothing that a Scotch-Brite pad couldn't take care of.

Dave has gotten the car cleaned, blasted, and free of all the bad metal so that he can start building the cruiser their family hoped for. Jerry and his wife will be sure to enjoy long cruises on their own as the kids are nearly all out of the house. It's their time now! 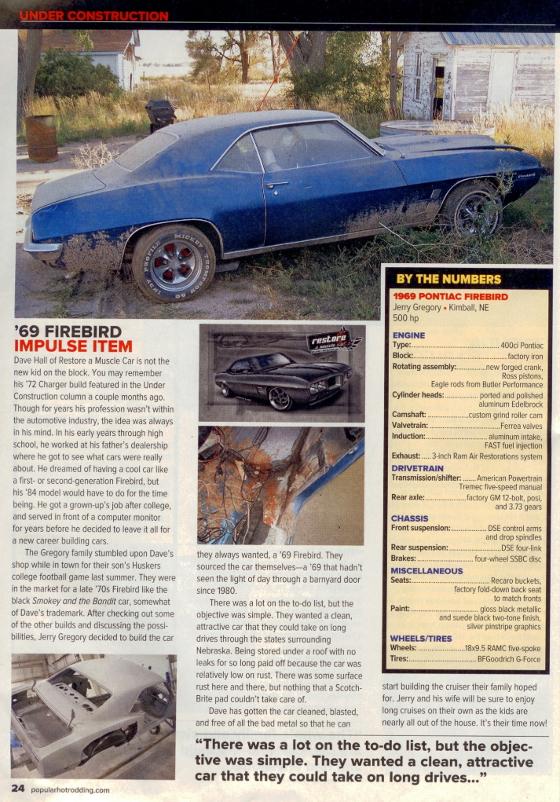